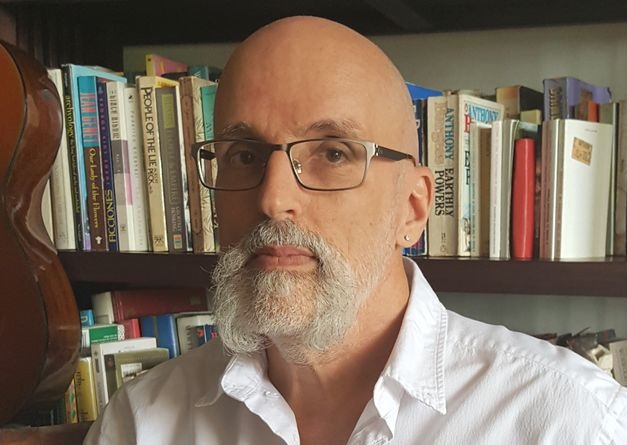 I completed a Ph.D. on auditory neural networks at Boston University in 1993. After a year in Taiwan on a Fulbright Scholarship I joined an A*Star research institute in Singapore. In 2006 I joined the Communications and New Media Department at the National University of Singapore where I taught interactive media design, theory, and analysis, sonic arts, and software studies and directed the Arts and Creativity Lab. Sound modeling technology I developed was transferred to industry in 1999 and 2007. I am now in Barcelona working on music education technology transfer and deep learning neural networks for sound modeling and interaction.

This module starts with the introduction of "noise" in music near the beginning of the 20th century during the early European and Russian avant-garde, and continues through the period of radio and recording technologies, the experimental musics of mid-20th century, the computer music of recent decades, and sound as a component of media work in general. We also cover hearing, music psychology, and acoustics. Students develop listening skills, and learn the basics of field and studio recording and of Max/MSP, a graphical language for sound synthesis.

This course is a practical introduction to sound and interface design. Max/MSP is used for creating real-time interactive synthesizers. We draw on sonic art and film sound design, develop sonification strategies, and think about city soundscapes and designing environments with audio. The final project incorporates real-time interactive audio in a live storytelling performance.

This module starts off with a brief overview of the history of the aesthetics of art from Aristotle through the 19th century. We then discuss the technological and cultural influences on changes wrought in the 20th century. We spend an entire week on Walter Benjamin's "Art in the Age of Mechanical Reproduction", and then move to more contemporary notions of aesthetics that were developed in the mid 20th century with the accessibility of media production by artists such as Nam Jun Paik. Interactivity becomes central during the second half of the course, which also covers design, physical computing, robotics, sound, and performance. For many students, this is their first exposure to media art. Over the course of the semester, the class collaboratively develops a shared wiki which becomes a resource used by everyone in their final projects. The final project is to curate a media art show - creating a theme of their choosing, writing a curators statement, and making principled selections and rejections of pieces by contemporary media artists.

This is a course I designed to delve deeply into the critical theory that characterizes contemporary media art over the last 50 years. The bulk of the class is conducted as a seminar with discussion revolving around papers written by artists, historians, theorists, and curators. We spend more time with multiple works by particular artists in this course than in the undergraduate Aesthetics of New Media. Topics include interactivity, physical embodiment, Bourriaud's relational aesthetics, open works, tactical media, and the relationship between culture and technology. Recently I have been using Claire Biship's Artificial Hells to focus on the role of arts in conversations on social issues. There is also a hands-on component where students work with P5.js (Processing), a common coding platform for media artists, and construct some physical interface components as a way of bring some of the theory of the course to life. Final papers are in line with the student's own research areas and oriented toward research proposals, dissertations, or publication.

This course is the result of my conviction that computational literacy is crucial for careers in Communications and New Media. It teaches computational thinking through practice, focusing on Internet technologies such as client/server communication, HTML5 and JavaScript. Absolutely no programming experience is assumed, and by the end of 13 weeks students are writing their own web applications with animation, interaction, and multiuser communication. I have been experimenting with the format, and now use a radically "flipped" approach, with lecture and code-along videos, plus 13 weekly 3-hour face-to-face sessions for coding challenges done with peers. This format addresses the needs of students new to the very different learning style required for coding than for most other arts and social science courses.

This course introduces the main areas of study in the Communications and New Media Department. Students learn (1) the organizational and societal contexts in which the practice of communication management takes place, including the role of new media; (2) how information and communication technologies affect culture, education, businesses, economy, and political participation, and (3) phenomena such as social life in cyberspace, deviant behavior online, new business paradigms as well as issues in human-computer interaction, the digital divide and globalization. This course was pre-existing, but in 2012, I was tasked with reorganizing this course redesign this course to incorporate the 3 main areas of CNM teaching (Communications Management, Media Design, and Media Studies) in an integrated and unified way. When I teach this course, I weave in a theme such as environmental campaigns, or AI and journalism, for contemporary relevance.

In 2012 I had the privilege of working with neuroscientist Dale Purvis and composer Steven Miller to develop and teach a graduate course for the NUS Graduate School of Integrative Sciences and Engineering (NGS). We brought contemporary music history, sound and music synthesis, and music psychology together for a student body of graduate students from programs across the entire university.

This is a critical studies course that delves into the intimate relationship between code, algorithms, and culture. Some of the literature reference points are Katherine Hayles, Wendy Chun, Nick Montfort, Lev Manovich, Adrian MacKenze, Ed Finn, Kate Crawford, and Rachel O'Dwyer. Most recently, the second half of the course was devoted to big data and machine learning issues that are currently problematizing labor, governance, urban infrastructure, and social practices.

We introduce students to the intersections, interactions, and analogies that exist between mathematics and music. A primary goal of the course is to explore the power of mathematics for representing and understanding music. Students will have hands-on experience with problem solving and creative applications of mathematics and computation. Topics include pitch, scales, and tuning systems; statistical analysis and generation; audio representations; MIDI; set theory, mathematical devices in sound synthesis and composition; data sonification; music classification and recommendation systems, and AI music modeling. Python notebooks will be the platform for exploring the rich connections between math and music through code (for AY2022/23).


The Arts and Creativity Lab at IDMI

aisound.cloud - A library of interactive sound models for the Web with some demos. Built with the WebAudio API and Faust.

Other Fun Hacks including: